Painted by Eugène Delacroix in 1831, la liberté guidant le peuple is a mythical masterpiece, an icon of the French republic. A lot of people think to detect a scene from the French revolution. But in reality it is the 28th of July 1830 on a barricade in Paris. The liberticidal laws of king Charles X did mobilize all the population of Paris against him.

Looking from left to right one can detect a factory worker with his beret, a middle-class man in a frock coat, a pupil from the engineering college (1) with his cocked hat and a kid from Paris. 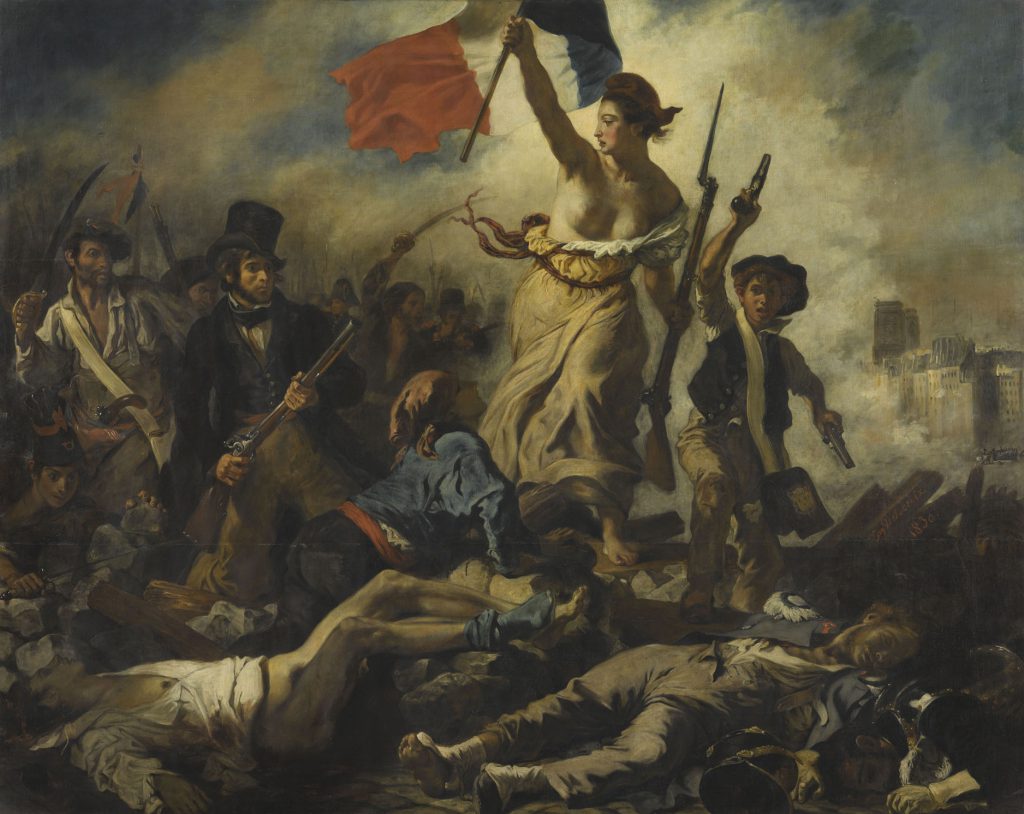 Placed in the middle, the female figure plays a central role. Perched on the corpses of the king’s soldiers she pulls along these revolted people in her wake. Behind her head a cloud of smoke is forming a halo. Who is she? Wearing the Phrygian cap, waving the three-colored flag she embodies the Marianne, an allegory of the liberty of the French republic. This figure will be, at that time, object of a very virulent criticism. The tradition wanted that the Marianne embodies grace, serenity and dignity. But this one seems to come straight out of the lower class. The public reproaches her dirtiness, being out of her head, her breasts being naked and her masculinity. How could the idea of pure liberty be incarnated by a women from the lower class..?

This subversive representation can seem to put Delacroix on the side of the rebels. However… Those people from Paris have something disturbing through the brush of this romantic painter. Represented in their real size, the rebels face up to the public, dominate it and gives the impression to surge into it. In contrast to that, in the foreground, the pale corpses of the king’s soldiers, nearly green, are witness of an outburst of violence, more to say of barbarism. The question is… Should we see in this painting a heroic population or an uncontrollable crowd of fanatics who will submerge everything?

Translated from french by Marie-Sophie Buxbaum